Are You on a Low Fact Diet? 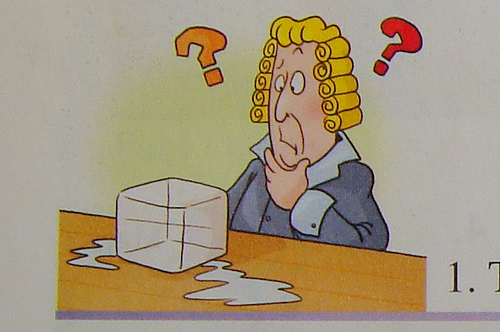 Most people don’t know very much. (Now tell me, if I had guessed that your reaction to that opening would be an initial nodding agreement quickly fading to the realization that it might include you, too, would I have been right?)

This is not to say we’re more clueless than in the past. The truth is that people in today’s world possess generalized knowledge about a far wider range of topics than at any other time in history. We are blanketed with data, with knowledge of what’s out there.

People who would in the past have remained completely illiterate can now whip out their cell phones and fling at least semi-coherent text messages across the world in milliseconds. The problem is that knowledge is not comprehension. In other words you might have heard that scientists are saying alcohol is good for you (or bad; it varies, so check the latest news) yet might not understand what led them to that conclusion. And that’s what makes today’s world so great: you can get online and get informed about pretty much anything you want, IF you want to.

In times past, the average Joe (let’s call him Joe Carpenter, for a neat combination of Republican and Christian symbolism) would have thought nothing strange of buying medical remedies in unmarked brown bottles from the local snake oil salesman. Our average Joe Carpenter’s only fact reference was word of mouth and communal wisdom. He’d trust the grapevine if, for example, his wife (let’s call her Mary) heard from all the other women in town that benzene made a great aftershave. Or that cod liver oil would help their children grow up healthy and stay that way.

In the latter case, she’d be entirely correct but wouldn’t have had any knowledge of why — Omega 3 hadn’t been discovered yet. In the former – and yes, benzene was used as an aftershave until its carcinogenic properties became evident – she would have been dangerously wrong. There was simply no way to find out the facts.

But that’s exactly the difference between now and then. We have the Internet, Wikipedia, WebMD, online databases covering every area of expertise known to man. Literally. We have all the information we could possibly ever want right there at our fingertips, all the real facts and plenty of fake ones. Somehow the enlightened, informed Internet world is host to a phenomenal number of falsehoods, bad facts, and scams whether criminal or just dumb (Is the $10 I’ll get for forwarding Bill Gates’ email any more real than your rich, dying uncle in Nigeria who’s going to leave me money if I simply call to claim it?).

Hearsay and superstition still rule the day, except now our misinformation comes from so many more sources than before. Fortunately we also have an expanded ability to check our facts before falling for any of it.

[notice class=”notice”]This is a guest post by Daniel Greenberg. Daniel likes to ride small horses around big ponds on medium-sized estates, of which he may or may not have several.[/notice]

This is one of the best scientific analyses I've read. They're having so much fun with it, too.

"[...] International espionage is possibly the only profession that overshadows our branch of academia in these respects."

what if instead of getting the pfizer or moderna vaccine, you got a VaccineProvider in your arm instead? now you can swap out whichever vaccine you like

I call it... Dependency Injection